At Compass, as we continually improve our engineering practices, sometimes it’s the small things that make a difference. Good commit messages are one of those things. 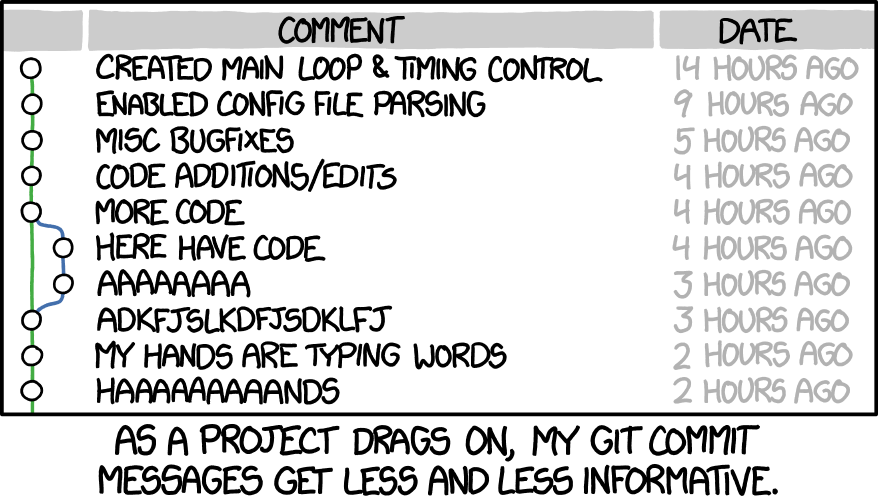 Good commit messages are important for a number of reasons:

Context for the code reviewer: If a reviewer can see the context and motivation for a change in the commit message, they won’t have to come ask you for it. Or, perhaps more likely than coming to ask you, they’ll do a very cursory review. I believe this is the most important reason for good commit messages: they make code reviews more thorough.

We use Gerrit for code review, and while I’m not a huge fan of Gerrit in general, it’s got a good feature here: it allows you to review and comment on the commit message itself.

For good history: Source control itself shows that history is important. And when you’re looking into “why on earth did we do it that way?” six months later, good commit messages are invaluable.

I remember asking a colleague recently why we disabled Sentry in our Python web backend. He couldn’t quite remember, but I dug back into the commits, and sure enough, there was a nice message giving the exact reasons we disabled it, and what would need to be investigated before enabling it again.

Increases bus factor: Writing a thorough commit message puts all the context in your head “on paper” before you forget about it. This shares the knowledge with the reviewer, but it also documents it for the rest of the team.

What is a good commit message?

A good commit message starts with a short, one-line summary of what the fix is. Describe the fix, not the bug. And don’t just repeat or copy-n-paste the Jira issue summary.

Then add a paragraph (or maybe two or three for bigger changes!) explaining the motivation for the change, and how some of the moving parts fit together — this might include what was happening previously and why that didn’t work.

A commit message is like a good code comment: it shouldn’t detail the what or the actual code changes — the diff does that — but the why.

Additionally, add a link to the Jira ticket or supporting information, such as the StackOverflow answer you copied the code from. :-)

In rare-ish cases like a documentation tweak or typo fix, you can omit the detail paragraph and just write a summary line.

The truth is you’ve already spent hours finding the issue and fixing the code. Spending two or three minutes on a good commit message is not much additional effort, but a big win for the code reviewer and the longer-term maintainers.

I’m going to use real examples here, but I’ve tried to pull a good selection from various folks, myself included:

This is something we’ve all done, but it’s a bad habit. This message just lists the Jira ticket and copy-n-pastes the Jira issue summary. Instead, it should be a summary of the fix, with a paragraph explaining more details and motivation. Maybe something like this:

No motivation or context

This is a fine summary, but gives no motivation for why the change was necessary. That’s especially important for a small code change like this one was; the code change itself doesn’t provide any motivation.

So the reviewer is left wondering: “Why did Bob do this?” or “Will this mean we can’t use a CDN?”

Unfortunately GitHub’s UI makes this kind of thing easy to do, making you think it’s an okay practice. It’s not. Even if a change is “only” a README update, you can at least describe it in a one-liner:

This commit message has an accurate summary line, as well as details of why the change was needed, and a link to memory graphs:

Here’s one for a performance improvement that includes both a good summary and context, as well as benchmark results:

Sometimes a short message with a couple of screenshots is enough:

One minor point about the message above: it’s considered good git practice to use the imperative mood (yep, I had to look up the term) when writing the summary line. So “Add loading states” rather than “Adding…”. The commit message then describes what this commit will do when applied — following this means a consistent style in your commit messages, and it’s also shorter.

For more on these basic style rules, see The seven rules of a great Git commit message.

Remember: include a terse, specific summary line along with motivation and “why” in the details section.